My Interview with Scot & Emily McKay 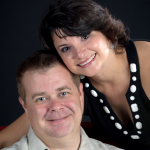 They reach a global audience of over 300,000, are the authors of ten books between them and have been featured by over 400 media outlets worldwide including MTV, ABC, NBC, CBS, Forbes and WSJ.

They are both Traveler’s Century Club members, having traveled to well over 100 countries together, and proudly worldschool their two youngest children.

They are avid BMX racers. Emily and daughter Sarah are champion #1 plate holders, and were both on the USA National Team at the recent World Championships.

Get your free gift

For being apart of this series, Scot & Emily McKay are giving you a free gift:

men think and why they say what they do.